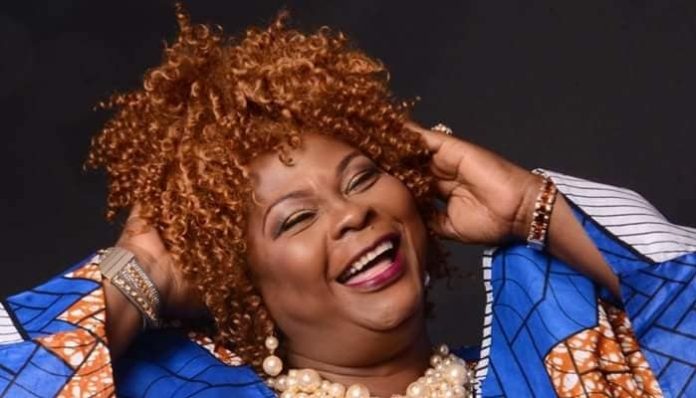 Next month Evangelist Bridget Blucher will grace the stage at KRMCHURCH (which stands for “Kingdom Reign Ministries”), a gospel concert which will in part act as an album release for her new record, Colors of Praise. Evan. Blucher is nowhere near new to the stage or the music industry, as she has 15 albums produced and over 50 original songs recorded. She mixes the Gospel message of hope and love with the rhythm of the Caribbean to create a unique worship experience, an experience that has touched the hearts of Christians as close as Port Saint Lucie and as far away as Ghana, West Africa.

In regards to music and singing, Evan. Blucher is quoted as saying,

Her attitude toward worship and the people she worships with shines through in her music, and crowds are drawn to her sincerity and warm personality. As a result of her passion for praise and worship, Evan. Blucher reached the top of the charts in the Caribbean as well as other places around the globe, and she was elected the first Caribbean Gospel Cultural Ambassador for her native country, Saint Vincent & the Grenadines. She has recorded songs in English as well as the Twi language of Ghana, West Africa, which showcases her love for all people and her versatility in music.

Apostle Chris Turney, the man behind the event, is very enthusiastic about the upcoming concert. When asked why people should come out to KRMCHURCH on July 7th he was quick to say that Evan. Blucher has the ability to reach people from all walks of life.

“If people are looking for a life-changing experience, this will be the place to have it . . . Blucher is powerful, dynamic, and a women of great character. She goes Way beyond just singing songs.”

According to Apostle Turney, Evan. Blucher is practically royalty in the Caribbean, despite being relatively unknown in the states. He has had a relationship with her for some time and so he hopes this concert might help spread the knowledge of this anointed woman.

The concert will take place on July 7th at the main campus of KRMCHURCH, which is located at:

Doors open at 5:30 PM and tickets are $20, which includes a copy of Evan. Blucher’s brand new album. Don’t miss this opportunity to praise God and possibly discover a new love of unique gospel music.

The Wall of Jesus Helps the Needy in Pakistan

Christians, Muslims and Jews to Worship in One Building in Germany

The Wall of Jesus Helps the Needy in Pakistan

REVIEW: ‘Alita: Battle Angel’ is a fun ride with a good...