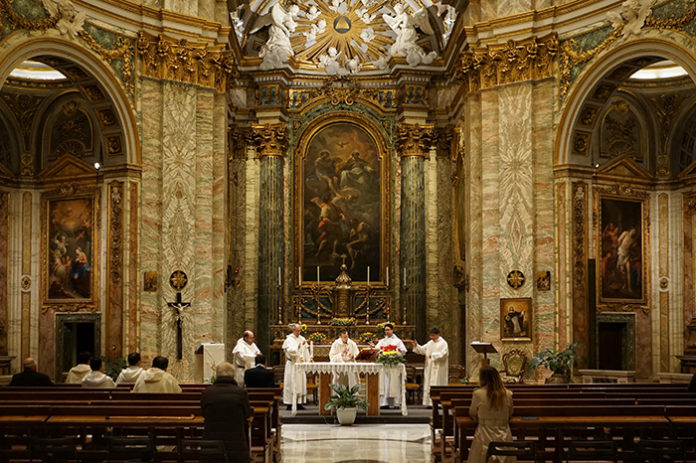 TALLAHASSEE, FL (Jan. 16, 2019) – In a joint statement, Florida’s Catholic bishops continued an annual tradition of recognizing the Jan. 22, 1973, U.S. Supreme Court decision in Roe v. Wade. Catholic dioceses in the United States designate Jan. 22 as a “Day of Prayer for the Legal Protection of Unborn Children”.

“On this annual Day of Prayer for the Legal Protection of Unborn Children, we pray that the Lord enlighten the eyes of our hearts and lead our nation out of the darkness of the decision to legalize abortion 46 years ago. On this anniversary, we pray for those whom we will never know, and we pray for their mothers and fathers who have suffered this loss. We pray for each other that our enlightenment will lead us to honor the sacredness of each life, given to us by God for God.”

Our nation is increasingly rejecting abortion and Roe v. Wade as states continue to adopt more limitations on abortion and expand alternatives to abortion.

The privacy clause in Florida’s constitution poses unique challenges regarding abortion laws in our state. The bishops also recognized, “there is still much work to be done.” Florida courts have invoked a broad interpretation of the right to privacy to block good laws that seek to protect mothers and their defenseless children in their wombs from the harm of abortion.

“Our nation is increasingly rejecting abortion and Roe v. Wade as states continue to adopt more limitations on abortion and expand alternatives to abortion,” said the bishops.

Laws that received judicial scrutiny based on the privacy clause include requiring a 24-hour reflection period prior to abortion, which is pending appeal, and parental consent prior to a minor’s abortion. “We advocate for the reconsideration of these decisions, and we remain hopeful that the courts will ultimately protect women in Florida from the predatory practices of the abortion industry,” stated the bishops.

In their statement, the nine bishops of Florida acknowledged that the Church’s teaching on abortion is continuously proving to be prophetic.

‘A Beautiful Day in the Neighborhood’ lands on Hulu at just...

Tribute to Our American Military

‘A Beautiful Day in the Neighborhood’ lands on Hulu at just...

Relief efforts for the Bahamas in Miami Dade

Shedding Light on Government in the Sunshine State

Providing hope for Suffering Children in the Name of Jesus