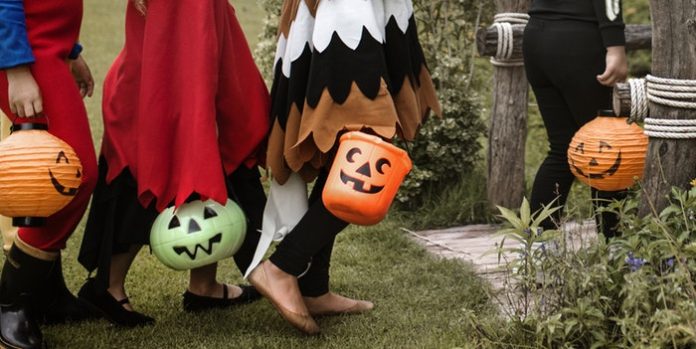 One of the most interesting facts about Halloween is that it is probably the only pagan holiday that has never been successfully appropriated by the church. Most people know that Christmas originally had more to do with the winter solstice than with Christ. The origins of Easter are a little less clear, but some people believe that the word “Easter” actually comes from Eostre, the goddess of fertility. Back in the day, the church was very talented at appropriating pagan holidays. Halloween, however, was never appropriated, which seems strange, especially because Halloween dates back to the Celts over 2,000 years ago.

The Catholic Church gave it a good shot once. The name Halloween used to go by back when the Celts first started dressing up to ward off evil spirits was Samhain (pronounced sow-in). Pope Gregory III saw this pagan holiday as an opportunity, so he designated November 1st (the day after Samhain) a day to honor saints, or, All Saint’s Day. Of course the church has never fully converted a holiday, so All Saint’s Day ended up taking on the traditions of Samhain, and the holiday became known as All Hallows Eve. Eventually this turned into Halloween, and somehow both the pagan and Christian traditions were completely lost. Dressing up in costume seems to be the only remaining tradition, although the reason why has changed dramatically.

Researching the history behind Halloween is a strange story, beginning with costumes to ward off evil spirits and ending with children dressing up like their favorite cartoon characters. Somewhere in between there were people dressing up and going door to door begging for food in exchange for a song or a trick. The way holidays evolve and change over time without very many people stopping to wonder where it all started and how we got to where we are today is fascinating.

One of the most recent developments with Halloween is the Trunk-or-Treat that involves cars instead of houses and is meant to provide a more kid-friendly environment. Fall Festival events also seem to be trying to provide a kid-friendly or family-friendly alternative to Halloween, which is why most churches will start advertising their Trunk-or-Treat or Fall Festival events around this time of year.

The church appropriating Halloween took quite a bit longer than Christmas or Easter, and it hasn’t been nearly as successful, but it’s happening nevertheless. If any of us live to see the day where a pastor is able to base a sermon on Halloween or find a story in the Bible that coincides with the holiday it wouldn’t come as a surprise. Something in the Old Testament is probably gruesome enough to fit the Halloween narrative of warding off evil spirits, or maybe something in Revelation or Daniel. It may take another 2,000 years, but one day Halloween will end up appropriated by the church like the other famous holidays.

This isn’t a bad thing, especially if you’re a Christian, and it is definitely an interesting phenomenon. The fact that the church back then had enough power to completely change the meaning of certain holidays, even if they weren’t able to change some of the traditions, is impressive. Candy will always be a part of Halloween, even though it wasn’t originally, and dressing up in costume will remain a staple, because that was the whole point to begin with.

NBC’s new streaming service Peacock is worth watching — and it’s...

Interview with Actor Cole Marcus from Hit Film ‘I Can Only...

NBC’s new streaming service Peacock is worth watching — and it’s...

Interview with Actor Cole Marcus from Hit Film ‘I Can Only...

Shedding Light on Government in the Sunshine State