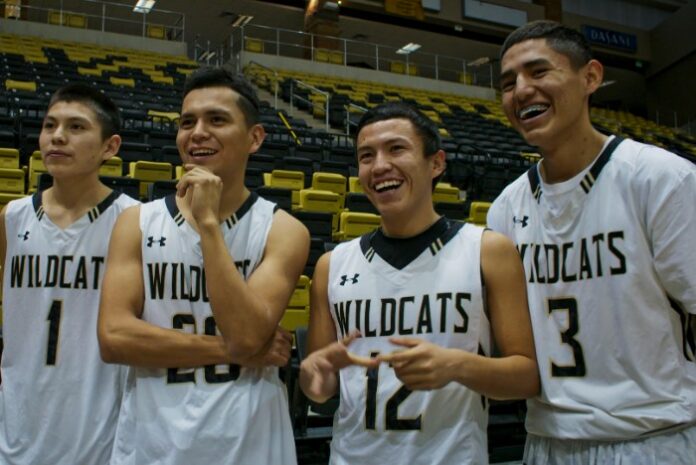 Sports movies have a special place in the American culture.

Sports movies, though, often aren’t so family-friendly. Rudy, Miracle and Hoosiers — all PG — had strong and/or excessive language. Friday Night Lights was filled with so much language and sexuality that it got slapped with a PG-13.

Which brings me to Netflix’s new sports documentary, Basketball or Nothing, which is nearly squeaky-clean and checks all the boxes of a great sports film.

It’s inspiring. It’s entertaining. Most importantly, it focuses on an underdog: in this case the Chinle High School boys basketball team in Chinle, Ariz, which rests in the middle of the Navajo Nation.

The team is comprised of students from the Navajo tribe who are trying to make history by winning Chinle’s first state championship.

But winning won’t be easy. Many of the players come from impoverished and broken families. Josiah, one of the star players, tells how his family lived without running water or electricity after his alcoholic father left them. His mom then got a job to fill the role of the absent dad.

“I want to get a scholarship to go to college and get a good-paying job so I can take care of her, too, like the way she took care of me,” Josiah says.

The Wildcats — who begin the season ranked in the Top 10 — play an up-tempo style of basketball they call “rezball.” It’s fun to watch.

The six-episode series has great messages about contentment, working hard and overcoming adversity. It also is an eye-opening education about poverty and life outside the middle class.

It’s rated TV-PG, but mostly due to adult themes (drugs and alcohol are discussed) and not language. (The first episode, for example, includes only a barely-heard d–n.)

Tiny House Nation (Netflix) — Host John Weisbarth and tiny house expert Zack Giffin travel the U.S. to help families find the perfect tiny home. Let’s be honest: Most of us couldn’t fit the stuff from our bedroom — much less from our house — in one of these units. Rated TV-PG. Aug. 9.

Rocky I, II, III, IV and V (Netflix) — I’m not a boxing fan, but I could watch Rocky Balboa fight Soviet Ivan Drago a dozen times and never get tired of it. Of course, the Rocky movies are violent and include some language and sensuality, but they’re not really about boxing. They’re about family — and life. Some of the films were initially rated PG, but all five would be PG-13 if released now. Aug. 1.

How to Train Your Dragon: The Hidden World (Hulu) — It’s the final tale in the trilogy about a Viking boy, Hiccup, who befriends a dragon named Toothless. This film includes solid messages about love, friendship and family. Rated PG for adventure action and some mild rude humor. Aug. 28.

Ask the StoryBots: Season 3 (Netflix) — It’s not as preschool-friendly or well-done as PBS’ Sid the Science Kid, but for a show about science and the world, it’s pretty good. The plot involves small creatures who answer questions (How do cell phones work?) by interviewing real-world experts. Caveat: It includes mild violence and potty humor. Aug. 2.

Michael Foust is the husband of an amazing wife (Julie) and the father of four small children. He has covered the intersection of entertainment and faith for 15 years.