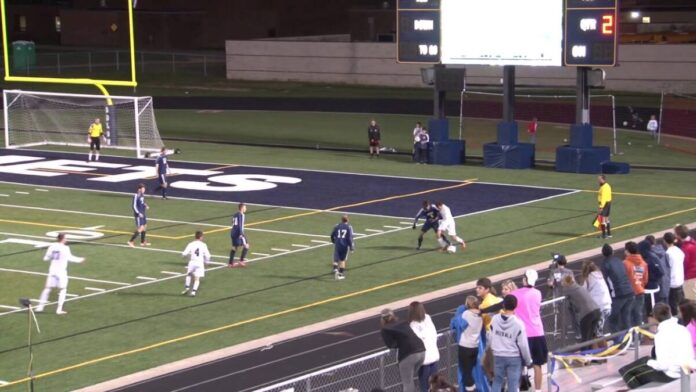 His life is remarkable.

Kia Zolgharnain was born in Iran in 1965. His family was wealthy and lived in a mansion with maids and servants.

He was not allowed to play in the streets, so he watched kids play soccer from his window. He learned the game in his mind.

He was taught in school that America was evil. One teacher took an interest in him and wanted Kia to train to be a freedom fighter with the Palestine Liberation Organization.

Still his thoughts were of soccer and how he wanted to be part of a team. He was a lonely child but safe.

When he was six, his father took him on a trip to Spain, Germany, and England where he watched professional soccer teams like Manchester United play.

In 1978, the Iranian Revolution hit, and the government was toppled. Criminals were released, and a man targeted Kia’s father with revenge. His dad was arrested but bribed his way to freedom.

The same night he was released, the family fled Iran.

The family came to America where Kia said they were met with culture shock.

“Our hotel had a television with like 200 channels,” he said. “I didn’t want to sleep. I wanted to watch TV.”

He said watching shows was his motivation to learn English because he wanted to know what the “Fonz” was saying on Happy Days.

“I wanted to know why everyone was laughing,” he said.

Going to the grocery store was a fabulous experience. “There was so much to choose from,” he said. “I found out fast that America is the greatest country in the universe.”

By 17, he was coaching and playing the sport he watched from his mansion in Iran.

“I taught myself to play,” he said. “And I always have loved teaching others.”

He was a star at indoor soccer and made a nice living.

But along the way, his mother and brother died of cancer, and his father struggled financially alone in Kansas City.

In 1996, after his brother died in New York, Kia wanted to settle down in Cleveland and play for the Cleveland Crunch. He too was alone after his marriage had ended.

He asked his father to come live with him in Ohio. Soon his dad was diagnosed with stage four pancreatic cancer.

The two were not very close, but the time they spent together toward the end was priceless.

“We journaled together and got to know each other better,” Kia said. “I told Dad he could be saved. I don’t know if he asked God to forgive him or not at the end. I hope so.”

A few years later, Kia and his ex-wife reunited and remarried.

His life has come full circle.

“Everything I have is because I worked hard and held strong to my convictions.” Kia

He still teaches and coaches players from two years old to professionals.

“Life is the greatest miracle from God,” he said. “I never do the same thing twice when I coach. I have each student journal because that’s part of my coaching. I find out who they are and how to get to them. What they write tells me a lot about them.”

Every child has potential. And Kia enjoys the challenge to find the best in them and mold them to become better persons and players.

He went from watching soccer from his compound to fleeing for his life with his family, to earning a living playing the sport he fell in love with. He never let the fact that he is five-feet, five-inches tall stop him from reaching his goals.

Know ye not that they which run in a race run all, but one receiveth the prize? So run, that ye may obtain.

He learned English on his own as well as the game that made him a fortune.

“My dad never thought I worked,” he said. “But that was how he was raised. Everything I have is because I worked hard and held strong to my convictions.”

What struggles have you faced?

Could you rise above the challenges and teach life to young people? What example will you establish for others to watch?

Newsboys say they will tour until they are 80: We are just getting started!

Wentz is Finding His Voice