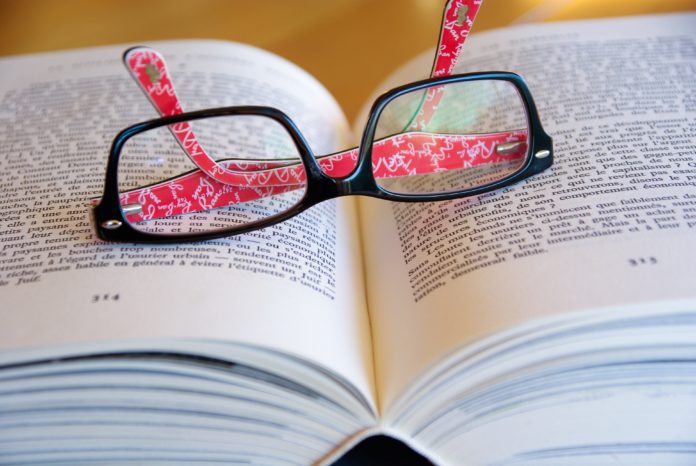 Very rarely have I read a book and found myself relating so profoundly to the main character’s struggles as when I read Stepping Heavenward by Mrs. E Prentiss. Growing up I recall my mom trying time and time again to get me to read Stepping Heavenward, one of her favorite books, but I always looked at the date it was written (before the 1900s? Not interested), read the first few pages, and then hoped my mom would forget about it for another couple of years.

I recently got married and moved away from my parents, so my mom started doing everything she could to help me in my new life. Stepping Heavenward again made its way onto my bookshelf; the exact same copy I had ignored as a teen. This time, however, I made it past the first chapter. A note inside the book from the editor, Mark Hamby, reads,

Both statements ended up applying to me. The book reads as if the main character, Katherine, is writing a diary. Self-absorbed and fairly apathetic when she begins the diary at sixteen, she undergoes trials and tribulations that shape her into a woman of God. The book tackles interpersonal relationships, what it means to have a relationship with God, as well as giving a picture of a struggling Christian woman’s life that is as applicable today as it was in 1869.

As frustrated as I was that it took me so long to realize my mom wasn’t crazy for valuing this book so highly and recommending it so frequently, reading Stepping Heavenward a few months after my marriage ended up being the perfect time in my life to hear what God wanted to say through Mrs. E. Prentiss’s writing. That is not to say, however, that this book is only for newly weds. Women of all ages and walks of life have greatly benefited from this book and its ability to seemingly read our minds and know our secret sins. The first half of the book contains Katherine’s teenage years into young adulthood and her first few years of marriage. Her thoughts and behavior at times can make the reader cringe, but her occasional breakthroughs in how she should act make up for the harsh light her actions shine upon our own. The reader in turn feels encouraged to examine themself and see how they can better serve and relate to their fellow beings, as well as how they might better serve and relate to God.

A little over half-way through Katherine writes a few lines in her diary that stirred up in me an appreciation for what I (and Katherine) used to see as a mother’s endless nagging.

“My mother’s influence is always upon me,” she writes, “To her I owe the habit of flying to God in every emergency, and of believing in prayer.”

At another point in the book Katherine bemoans the trials she undergoes that she believes don’t do her any good, to which the wise woman she is speaking to replies,

“No, we never see plants growing.”

The style of the book limits its scope since it is written as a diary, so chunks of time as well as some details are missing. For example, Katherine has children without the reader ever being alerted that she is pregnant. While Katherine is not by definition an unreliable narrator, her general blindness to her own shortcomings can lead the reader to have to fill in the gaps because although she may present herself as close to perfection occasionally, the reader must know she is not. The reason why I could not get past the first few pages when I was younger mainly has to do with the tone of Katherine’s diary. She can become supremely annoying and frustrating, verging on satire, but the main idea to keep in mind is that she is meant to reflect our own shortcomings without excuse, and she does a pretty good job of it, as hard as that can be to read.

Stepping Heavenward stands out from other Christian books I have read in the sense that it does not overtly push a doctrine. It also does not try to be an entertaining novel filled with stories of a wild sinner turned perfect disciple. It is a realistic yet timeless look at an ordinary woman’s life that uplifts and encourages in a way that is more entertaining than traditional means of entertainment. I recommend this book to any woman, single, dating, engaged, married, young or old, who wants to gain some insight about how they might learn to step heavenward.